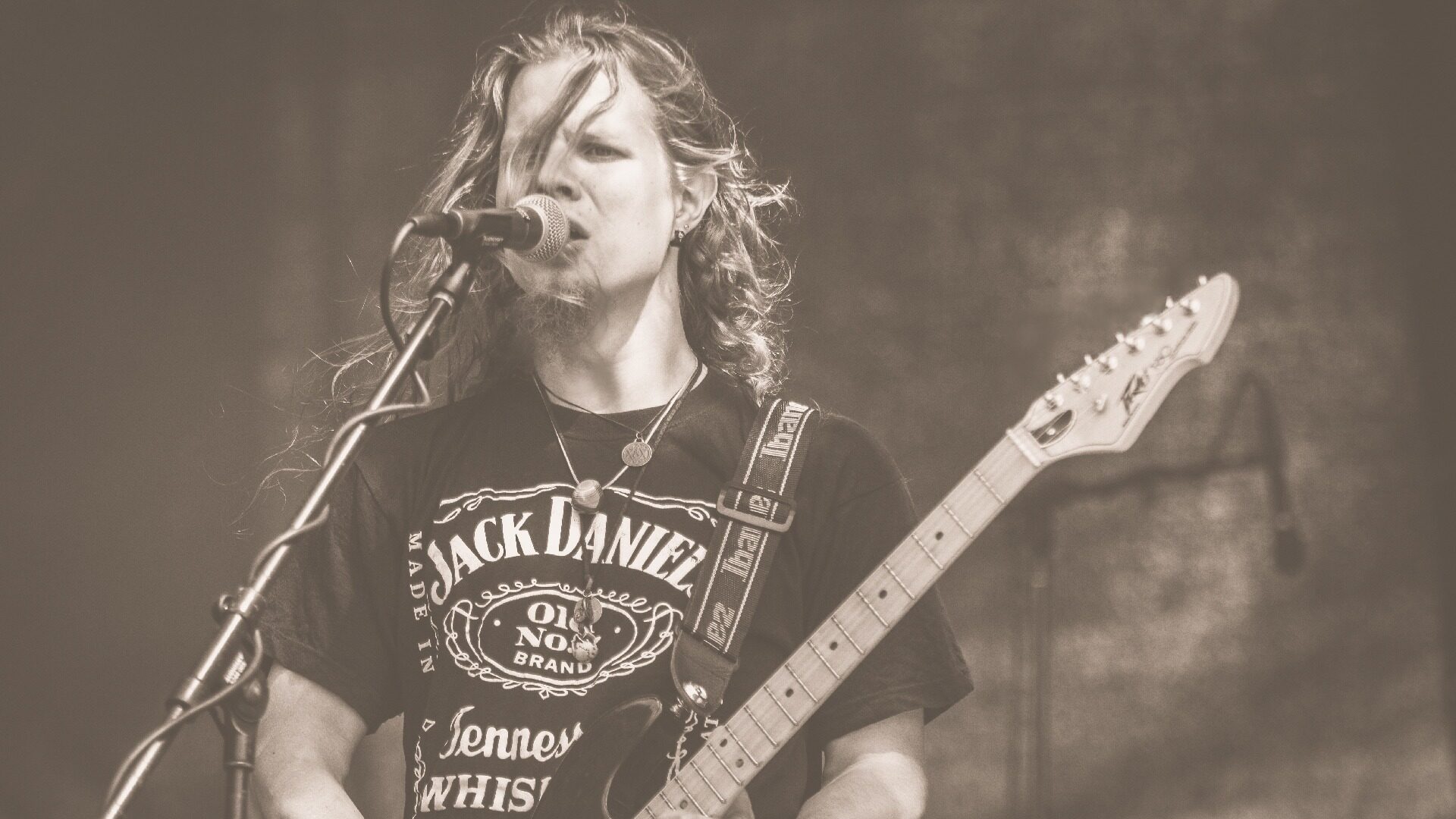 We published a new single with a video today with my current band Koll.

‘God Is Love’ is our fourth single and a first one with an official video. The video was made by design students at Kuressaare Regional Training Center in collaboration with Koll. Most of the parts were also played by the students, whereas the legendary Harry Kõrvits played the main role of a teacher in god complex.

So… about the song itself. Compared to the tracks we’ve published so far, this one’s definitely the most aggressive. The main riff, playing in variations almost throughout the track was Lennart’s creation, so that’s probably why the track came out quite bass oriented. The rest was added mostly in our jam sessions and I added my guitar parts and vocals with lyrics later at home (I really needed time with this one).

To be honest, I actually wrote the lyrics, inspired by George Carlin’s standup about religion. Namely this bit:

“Religion has actually convinced people that there’s an invisible man living in the sky who watches everything you do, every minute of every day. And the invisible man has a special list of ten things he does not want you to do. And if you do any of these ten things, he has a special place, full of fire and smoke and burning and torture and anguish, where he will send you to live and suffer and burn and choke and scream and cry forever and ever ’til the end of time! But He loves you.”

So from this standup I got this idea to sing about a kind of psycho-analysis of a Christian god as I see it. A god that seemed to me more like a needy psychopath, who’s so desperate for attention that if you don’t accept him he would torture and burn you alive. And that was the whole point of the lyrics… then.

Now, with the process of us brainstorming a blueprint for a script with the band, the lyrics actually started to live: they achieved a new dimension as the psychoanalysis of a man wanting to be God opposed to a god made by a man. This actually describes a lot better the beef I have with christianity: it’s not God, who hates you if you don’t love him, it’s the preachers and teachers who are convinced, that they are doing God’s work and therefore they are more godly than others.

In conclusion I would like to quote my brother Brain (drummer in Koll), who said that ‘it’s the best track we’ve published so far’. Well, now it’s up to you to approve or disapprove of this bold statement!